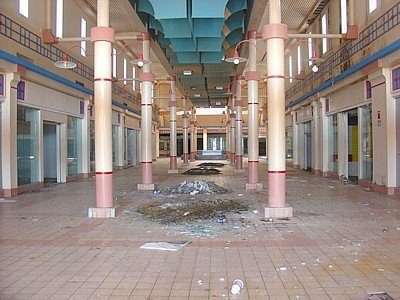 Hell is a failing shopping mall. Is there any way to save them? 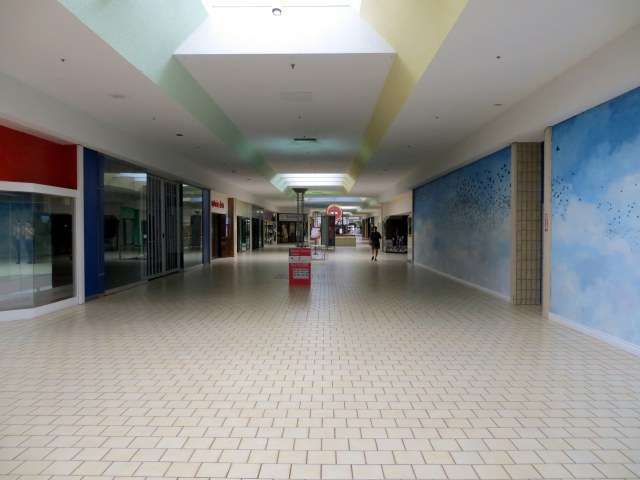 BBC Radio 4 reported this morning (2nd November) that more than 200 shopping centres across the UK are in danger of collapsing into administration directly as a result of the closure of the anchor stores on which they depended. The Retail Gazette quotes the National Retail Research Knowledge Exchange Centre (NRRKEC) in Nottingham as saying that ‘small towns are in danger of “catastrophic” ramifications as hundreds of shopping centres teeter on the brink of collapse’. 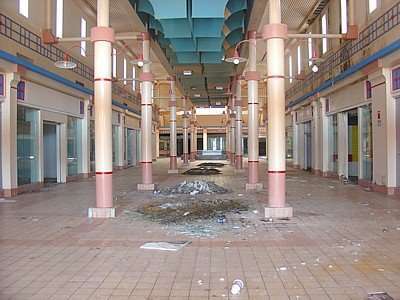 There’s been much discussion about the imminent demise of the High Street but has there been enough attention paid to the future prospects of all of those malls and shopping centres, often located in towns and cities with modest populations and limited economic prospects at a time of great social and economic uncertainty? As we all know, the anchor tenants (in the UK brands like House of Fraser and BHS), were central to the business plans that were used to justify the developments in the first instance, almost to a fetishistic degree. No big anchor tenant meant no investment until very recently. The turnaround in the market has been dramatic and the closure of these stores will rip the heart out of the malls where they are located. BHS, for example, closed its business down 2 years ago but around half of the 200 stores that they had in shopping centres have yet to be filled – will they ever be?

Worse still, Retail Gazette notes that the majority of the centres at risk are reportedly owned by US private equity firms under deals which will soon require refinancing. These investors are unlikely to see the promised return on their investment and indeed, there is a risk that they won’t even get their money back if the malls go into administration. Otherwise the choices would seem to be to sell at a much lower valuation (and to whom might be the question?) or to invest further in the hope of regenerating the centres, difficult to justify given that the market fundamentals have utterly changed since these malls were built.

A leading developer of malls in the UK told me several years ago that he doubted if there was likely to be a need for a leading retail brand with a good online strategy to have a physical presence in more than 80 prime locations in order to get national coverage across the UK. Looks like he was right on the money!

As NRRKEC say, “It’s a downward spiral and you can’t fill shopping centres with nail bars and vape shops”, and to be fair, who would want to?! Of course, ‘leisure’ is often suggested as the panacea (although those suggesting that often think that merely means a couple of coffee shops and a large box cinema) but those of us working in the sector know how difficult it can be to secure investment for innovative leisure projects even during the good times. Mid-range restaurants have been the leisure option of choice for many shopping mall owners but that’s a sector that is going through its own version of hell currently, with many brands in freefall. Visitor attractions and other location-based entertainment may indeed drive footfall to a mall and if the right concepts are developed, they can confer a degree of uniqueness to a location that can help it become a genuine destination. So yes, this can be a viable solution, however, the market size and conditions have to be right for that to work, owners of attractions are not going to invest in sub-prime locations.

This is all part of a societal change that investors and operators are struggling to keep up with and they (and we) may have to accept that in many instances, nothing can be done to save shopping malls that are no longer needed.