It’s been interesting to read the coverage of the proposed ‘Eden Project-style’ Eco-attraction planned for the grounds of the Royal Palace at Soestdijk (see coverage in CLAD for example http://tinyurl.com/gumk2gh ), as part of the master plan for the development of the palace and grounds.

This looks to be a fantastic concept and I really look forward to seeing the project realised in Holland, which with its history of international trade and its world-leading horticultural industry, seems a natural fit for Eden.

However, certain alarm bells are ringing: According to reports, half a million visitors would come annually to Soestdijk from 2020 onward (including 50,000 students), generating, it is predicted, almost €57m (US$62.2m, £51.2m) into the regional economy. This Economic Benefit per visitor is quite similar to that achieved at the original Eden Project in Cornwall over the years, so all well and good.

However, if that is the case, I’m concerned. Those visitor number projections are pretty low taking into account the location and the sheer size of the potential audience within a 2 hour drive time. I would have expected projections to surely exceed the numbers achieved at Eden, which itself welcomes around 1 million per annum these days in a county of England which, whilst it receives well over 5 million tourists, has a population of only just over 500,000.

Taking into account the financial problems that Eden has faced over the years with the benefit of the revenues generated by that number of visitors, do these numbers stack up or are there massive subsidies planned? I’d like to hear more reports about the business plan…. 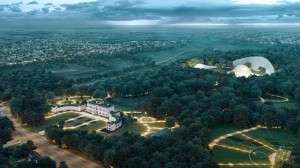 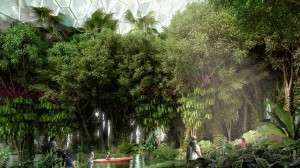